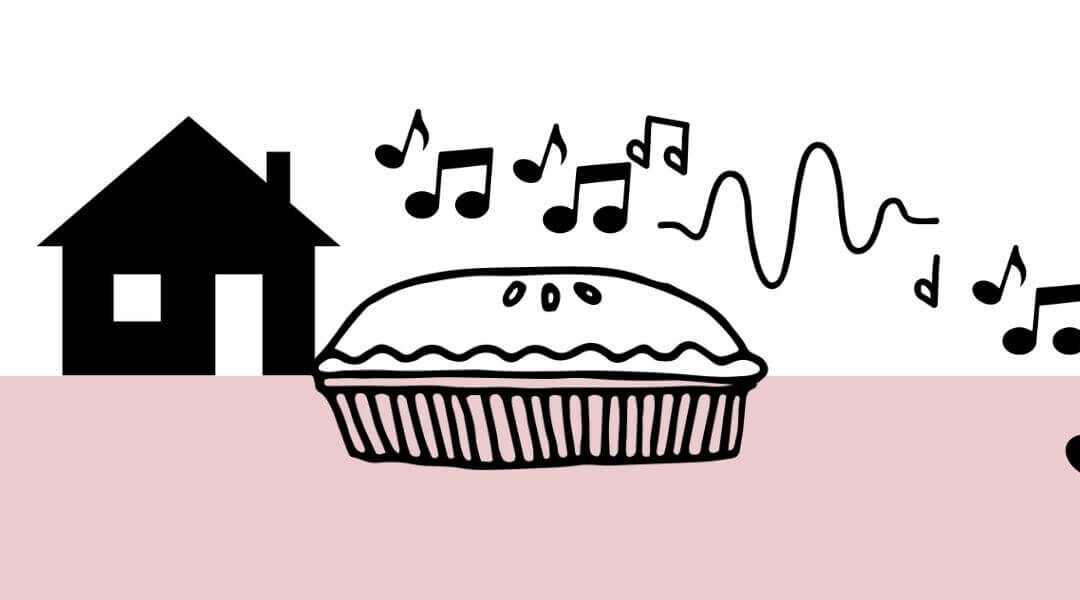 I can’t help thinking about Walter.

An encounter with a stranger might even be the start of this Scottish Language School.

Read on to find out how!

Over 20 years ago I worked as staff at an alternative music festival called Le Weekend in Stirling.

At the time, I worked at the Changing Room Gallery – an amazing contemporary public art gallery in Stirling – and all the gallery staff were invited to crew for this 3-day international music festival.

It was a magical weekend. It was unusually hot for Scotland and my boyfriend (at the time) and I were assigned airport pick up. We went from not having a car to chauffeuring world-class musicians around in a fancy white hire van (and via Edinburgh’s Portabello Beach in one instance!).

It was social time. Lots of amazing gigs and conversations with musicians from around the world.

Full of festival vibe, we ended up inviting a young man from Detroit to stay with us in my tiny farm bothy*.

He too had a weekend pass for the festival – but no accommodation lined up.

We rode out to my little farm bothy like rockstars in the festival’s hire van and talked about music and culture. His Black American culture contrasted with our white, rural Scottish background. It was really eye-opening stuff.

*A bothy is a basic building for accommodation, traditionally with nothing but the bare essentials for living. Mine was quite cosy – and looked just like a child’s drawing of a house.

A Heart Felt Thank You

Anyway, to thank us for our hosting him for a few days, he offered to make us an apple pie.

He told us that he was travelling around Europe, and he scratch-made a proper American apple pie in every person’s kitchen as a thank you to anyone helping him.

The Ambient Sound of Pie

At the same time, my boyfriend – a musician himself made a ‘field’ recording on his portable minidisc recorder of all the ambient sounds: the crackling bothy fire – he slowly moved outside to capture the rattle of pots from the kitchen, cows lowing, birdsong.

I remember this weekend so clearly because of this recording.

Even though I never play it. I don’t have to.

Because I concentrated so hard on listening during that moment in time, it’s all just fixed in my head.

All the sounds – and the scent of warm, cinnamon and butter filling my home.

We dropped Walter off at the bus station, to continue his journey to somewhere else.

Just like the sound recording, I’ll remember the gesture of him baking us a pie for as long as I possibly can. That’s the power of a perfect human gesture.

His visit touched my life.

Shortly after Walter’s visit, I went to America to study for three years.

I was away from Scotland for thirteen years. I left America after graduating and spent 3 years in Belgium and a further 7 in France.

Eventually, my heart wanted to return to Scotland.

A Chart for Life

Have you seen the Venn Diagram where you write:

The intersection of the three circles is supposedly what you should be doing.

I found this Venn Diagram quite recently, but I wonder if I should have found it earlier.

Maybe it would have helped me put together the facts that I love hosting and hospitality, love sharing Scotland with internationals, love art and I am a skilled trained English teacher (and unlike my art, this is something that people willingly pay for).

I love inviting new people into my life and being generous to people on their way somewhere.

I’d always thought that was a quite natural way to be – but it’s rare, and now that I know that I embrace it.

As well as being a language school host, I joined the Couchsurfing community.

I’ve made a lot of good friends this way.

A Scottish Language School Inspired by a Pie

Walter and his apple pie inspired me.

It showed me the way I want to move through this world.

Blue Noun Language Hub is built around sharing cultures and helping people on their life journeys.

Throughout, my travelling, I’ve had this small photo of the bothy in my wallet.

Now I’m settled in Crieff, Perthshire with an English coaching business of my own, my daughter sometimes asks to see my photo of the bothy and hear stories of me living there.

They really were good times.

I’ll tell you loads more stories of that little place.

Ask me about the Drum & Bass cow when you get to Scotland for your English language holiday!

Find out about Couchsurfing here