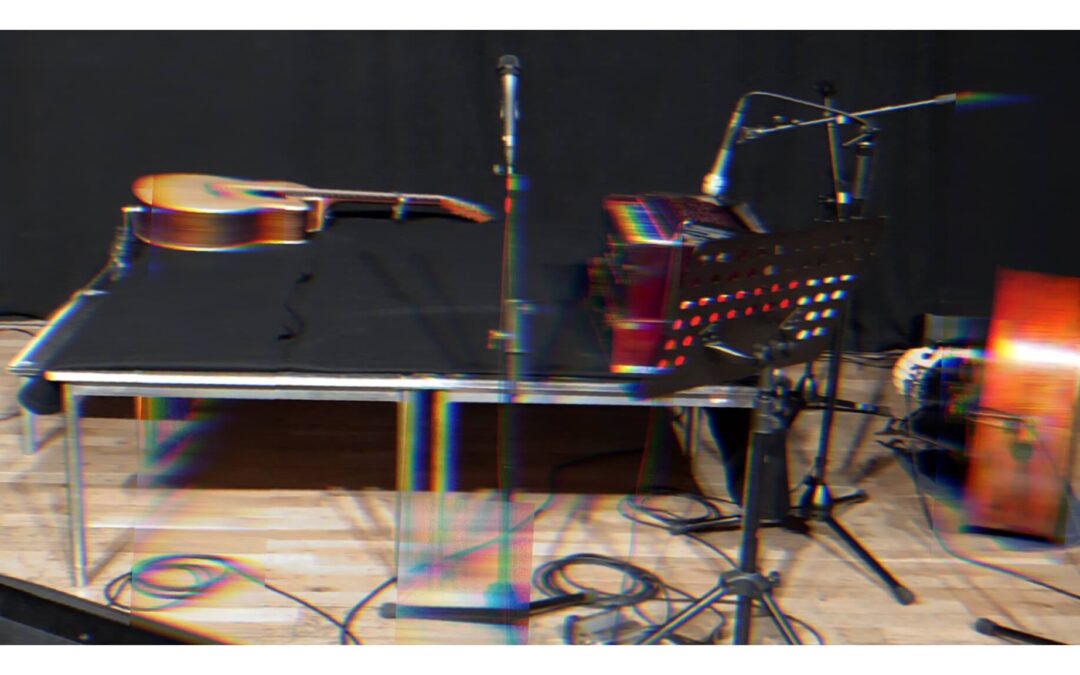 I’m writing a quick blog to promote an event happening in Crieff at Strathearn Arts on June 4th.

The event is Yorkston, Thorne & Khan (although it’s not Khan – explained below), and it’s pretty special.

This gig is the first in a series of 4 events happening across the summer, called The Glenturret Series – and I’m excited to see just what happens when our local whisky distillery collaborates with our town’s creative art space to enrich the local cultural programme.

It’s got to be a good sign that they are starting with one of team Blue Noun’s favourite musicians!

“The Glenturret Series is sponsored by The Glenturret, supercharging our music programme which attracts the best musicians, bands and performers to Strathearn Arts.”

Strathearn Arts are our neighbours here at Blue Noun Language Hub in Crieff. We are delighted that events opening up post-Covid includes a very healthy programme of music, including one of our all-time favourite musicians James Yorkston, on tour with his music collective Yorkston, Thorne & Khan.

If you don’t know his work, check it out here:

Kenny and I have had tickets for this tour for a couple of years (like many things, it kept getting postponed), and before they announced they were playing next door to us!

Still, we were more than happy to head to Stirling to see Yorkston, Thorne and Khan (represented by Ghatak) in one of our favourite venues – Stirling’s Tolbooth.

I asked my naturally eloquent friend, artist & musician Peter Russell (my high school art teacher – and now concert buddy) to write a couple of lines to share with the Crieff audience.

Hi Ruth! No problem, I’m waiting in for a fridge!

My original ticket for the May 2020 Tolbooth concert by Yorkston, Thorpe and Khan had been updated through four postponements and finally the unavailability of Suhail Yusuf Khan.

Saturday’s event featured in Khan’s place Ranjana Ghatak, performing his music, and instructed by him.

The new line-up had been in existence for less than a week, but this was scarcely credible, given the expressive richness of their playing. Mesmeric drone and classically trained voice in a deeply spiritual Indian tradition was Ghatak’s contribution, emphasising, as in her work with Nitin Sawnhey, the musical journey of Indian music to fuse with western folk forms.

Her voice introduced scales and ornamentation of real beauty.

Core to the trio’s intimate cohesion was the upright bass of John Thorpe, exploiting the slides and growls of the instrument’s potential with a jazzy dynamism recalling Richard Davis with Van Morrison. He switched to guitar for his self-written songs.

James Yorkston was director of the group’s energy, bringing traditional folk elements into his composition, while prodding the drone with searching guitar phrases.

His deployment of a Swedish instrument of hurdy-gurdy-like construction was beguiling, with a wheezy character and almost Indian phrasing.

But this band sprang fresh-minted to the Tolbooth stage, giving credit to the supportive atmosphere, and the warm sound so associated with the venue.

That’s it, the fridge is arrived, off to award five stars to the delivery team…

If you need further convincing, here’s a video I recorded talking about the gig for our Monday Morning English community.

(If you watch it, you’ll quickly realise why I asked Peter to write about the gig!).

By the way, if you are an English learner, Blue Noun is currently releasing a FREE English lesson every week. It’s called Monday Morning English.

As well as receiving a link to video content, you will receive an accompanying listening comprehension exercise.

All you need to do is sign up for our newsletter, and it will drop into your inbox every Monday.

In the video, I mention the location of the Tolbooth in the heart of Stirling’s old town. Here are a few photos Kenny and I took exploring before the gig.

Thanks for reading this Blue Noun language school blog.

If we have convinced you to check out Yorkston, Thorne and Ghatak, then you can buy tickets here.

If you have enjoyed this blog, you might like to read, Whisky Redesigned: The Glenturrret Revolution here.

And lastly, a huge thanks to Peter Russell for sharing his words. Enjoy your new fridge, my friend, I hope the good food flows!